I want to be a Dandelion!

The conference seems so long ago, even when I was there only yesterday, the drive home was long and we didn't get in until after 2 am. I am looking back over the two fun filled days and still have the words winding round my head.

I have been taunting a friend who didn't get to it, (or any recently due to her circumstances and her perception that it was boring) the guests were amazing! Not one speaker made me wander, even the post lunch slump stopped me form taking notes and enjoying it. We heard from the new director of the British Library, who has an amazing pedigree! He had a hand in 'Who do you think you are' when he was at the BBC and just his vision left me breathless, I thought he would not be matched, but by the end we had also heard from Janice Lachance part of Bill Clinton's staff, and Geoff White who is the producer of technology at Channel 4 News. I have never thought about how the changes that we are facing would effect other job sectors, The news world has gone from the sole source of news to competing with the internet and social media. One of the things he said that made me think was that the internet can say what it wants but if he says something wrong he could be fined personally. I know my own viewing of the news has changed, as a child we all stopped at 6 for the news, and again at 9 for any detailed news. if it wasn't in the papers or on the main news we didn't know. My own kids think that's nuts, they get stuff through FB and Twitter, they check websites and the news channel of choice last year in our house was Al Jazeera, I love checking the local news in North Devon for stories my Mum may know and that way we have more to talk about when I ring.

Loved hearing about all the gamification of libraries, and the Lemon tree, as well as the new movie by Ben Lewis called Google and the world brain which I will be hunting out to watch (when I have time) I hadn't thought that my supermarket card could be gamified, but I like the idea of hooking the users in with this.
I got to several Information literacy talks and have some great ideas of how to move my own sessions with the kids forward. watch this space, what works I will talk about, I will even talk about what didn't work!

My Fave picture of the Umbrella I took is one from the opening speeches, when the floor got thrown out to questions, and Biddy sat waving her arms for questions, but the picture looks like she is conducting an invisible band or directing us in a sing along! Roly Keating watching on as Biddy sets the tone for the whole event so well. 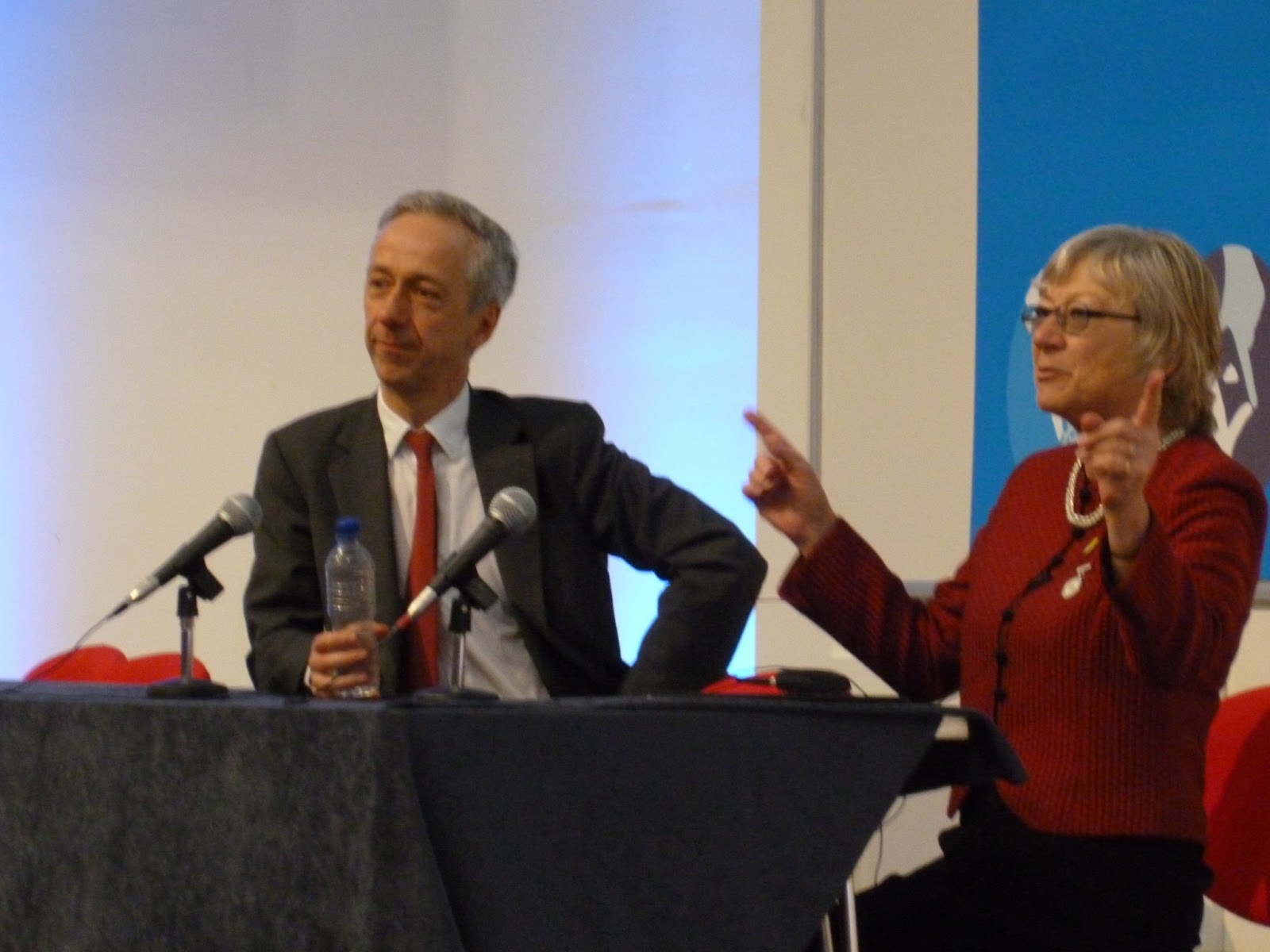 The final thought is one that led to my title today, Ben showers spoke about tooling up, I thought I would hear about what tools I need for the future instead I got a wonderful talk about how the future is change and we must embrace as much as we can, that we are valuable and valued we just need to keep up, he drew the talk to a close saying we should be less like mammals and more like dandelions, a mammal has few children and spends long time nurturing them and puts a lot of care and thought in tot hem, and they as many to survive to keep life going as possible, while Dandelions throw many many seeds out, no care , no energy, no worries and they spread and get taken by all. We need to focus on less big things and more on smaller and freer items that float and go further, and need much much less from us.

I think for me the message I got from the Umbrella was one of hope, one of change but adapting, the idea we can do, we may not be traditional or even labeled librarians but we are still us and doing well, There is so much we can do and go, so much difference we can make and so very much to learn still. I will be going over the notes and info from the two days for ages and will take months to get all I need out of it, but it was wonderful. I must make quick mention of the Unbrella people who ran events and ice breakers, who made the whole experience so much easier for everyone. I hope to do a note on them alone another time, when I have my notes sorted!